To share your memory on the wall of Lorraine Surdam, sign in using one of the following options:

Print
Lorraine Agnes Surdam, 89, passed away peacefully on Wednesday January 27th, at her residence on Wood Park Lane, surrounded by her family. She was the wife of the late Clifford Surdam who died in 2006.

Lorraine was born on September 5, 1... Read More
Lorraine Agnes Surdam, 89, passed away peacefully on Wednesday January 27th, at her residence on Wood Park Lane, surrounded by her family. She was the wife of the late Clifford Surdam who died in 2006.

Lorraine was born on September 5, 1931, in Bennington, Vt, daughter of the late Leverett and Margaret Mae (Prentiss) LeBarron. She formerly worked at Union Carbide in Bennington, VT. Lorraine was a member of the Bennington V.F.W., Eagles, St. Stanislaw Society and American Legion all in Hoosick Falls. She enjoyed going to the casino, playing cards, bowling and family gatherings.

Funeral services will be private and at the convenience of the family. Arrangements are under the care of the Mahar Funeral Home, 43 Main Street in Hoosick Falls, NY. Memorial contributions may be made to either the Rensselaer County Community Hospice, Second Chance Animal Shelter or the Karen & Molly McGovern Memorial Fund through the funeral home.
Read Less

To send flowers to the family or plant a tree in memory of Lorraine Agnes Surdam, please visit our Heartfelt Sympathies Store.

There are no events scheduled. You can still show your support by sending flowers directly to the family, or planting a memorial tree in memory of Lorraine Agnes Surdam.
Visit the Heartfelt Sympathies Store

We encourage you to share your most beloved memories of Lorraine here, so that the family and other loved ones can always see it. You can upload cherished photographs, or share your favorite stories, and can even comment on those shared by others.

Love, Joelle, Nick and Ryan sent flowers to the family of Lorraine Agnes Surdam.
Show you care by sending flowers

Guaranteed hand delivery by a local florist
B

Posted Feb 03, 2021 at 10:10am
Beverly and Brandy
Our thoughts and prayers are with you and us during this time. She meant so much . We are saddened by this loss.
However we have many great memories to get us through. She was a great lady and will be missed. We love you all.
Comment Share
Share via:
LR

Posted Jan 29, 2021 at 06:34pm
Our deepest condolences to the family of Lorraine she was a sweet caring woman. May she rip phyllis and Pete cornell
Comment Share
Share via:

Posted Jan 29, 2021 at 06:26pm
I have so very many memories of Aunt Lorraine, but the one that most often reminds me of how much she cared was when she took me to Hampton Beach with her family. I had such a great time and the first time I was at the ocean. I will miss her laughter and her smile. I am proud to have been part of her life.
Comment Share
Share via: 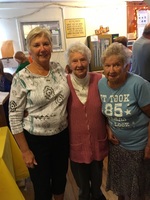 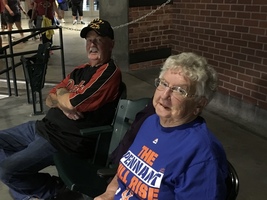