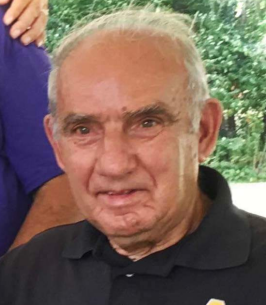 Anthony Richard “Rich” Turi, 89, passed away at his residence on Monday January 31st 2022 with his family by his side. He resided in South Cambridge with his wife of 65 years, Gail (Kent) Turi.

Rich was born on June 25, 1932 in Paterson, New Jersey, son of the late John B. and Maria (D'Argenzio) Turi. He served in the United States Coast Guard from 1952-1954. Rich received his B.S. from Paterson State Teachers College in 1958, his M.S. for Teachers from Union College in 1969 and did other graduate work at Drake University, Western Michigan University, SUNY Brockport, SUNY Albany and College of St. Rose.

He started teaching science and math in 1958 in New Jersey at Midland Park and later Park Ridge High Schools, then in NY at Mechanicville High School and finally 20 years at Hoosick Falls Central School, retiring in 1985.

Over the years he coached many sports, but his love was football which he coached at different levels, including Saint Luke’s, Midland Park, and Park Ridge high schools in NJ, and then Mechanicville High School and Hoosick Falls Central School in NY. At the college level, he coached at Williams College, MA, Hudson Valley Community College, NY, Salisbury State University, MD, Siena College, NY, and University at Albany until 2004, when he retired from coaching.

A Memorial Service will be held on Saturday June 25, 2022, at 11:30 am, from the Mahar Funeral Home, 43 Main Street in Hoosick Falls, NY. Relatives and friends may call at the funeral home on Saturday from 10:00 am until the start of the service. A Reception will follow the service at the Cambridge American Legion Post # 634, Rt. 22, Cambridge, NY. Memorial contributions, at Rich's request, may be made to the Cambridge American Legion Post # 634 through the funeral home.