To share your memory on the wall of Keith Snyder, sign in using one of the following options:

Print
Keith Elton Snyder, 81, passed away on Saturday January 2nd, at his residence surrounded by his family. He resided in North Petersburgh, with his wife of 55 years, Barbara (Kane) Snyder whom he married on March 5, 1966.

Keith was born o... Read More
Keith Elton Snyder, 81, passed away on Saturday January 2nd, at his residence surrounded by his family. He resided in North Petersburgh, with his wife of 55 years, Barbara (Kane) Snyder whom he married on March 5, 1966.

Keith was born on March 10, 1939, in Troy, NY, son of the late Shirley E. and Lola (Wilson) Snyder. He graduated from Hoosick Falls Central School and was a veteran of the United States Army serving from 1962-1968. Keith started his career with Fitzgerald Brothers in Watervliet and later retired from Callanan Industries. He was a life long member of the Petersburgh Fire Department and also served as a Fire Commissioner.

Survivors other than his wife Barbara include their children Kristie (David) Brock, Holli (John) Cross and Matthew (Abby) Snyder, he is also survived by ten grandchildren and four great grandchildren. Keith was predeceased by a son Michael Snyder and a sister Beverly Woodward.

Services will be private and at the convenience of the family. Burial will be at the Meadowlawn Cemetery in Petersburgh. Arrangements are under the care of the Mahar Funeral Home, 43 Main Street in Hoosick Falls, NY.

We encourage you to share your most beloved memories of Keith here, so that the family and other loved ones can always see it. You can upload cherished photographs, or share your favorite stories, and can even comment on those shared by others.

Posted Jan 16, 2021 at 09:30am
Matt & family,
I am so sorry to hear about dad. My thoughts & prayers are with you guys. He will live on forever through memories........
Daren Harrington
Comment Share
Share via:

Posted Jan 09, 2021 at 05:09pm
They say its not what you take with you...it is what you leave behind, many memories to cherish. You and Barb always made us feel welcome, you introduced me to hot links on the grill! There is a special place in Heaven waiting for you...God Bless. Deb and Mike...❤
Comment Share
Share via:
TD

Posted Jan 07, 2021 at 06:23pm
Our deepest sympathy to Barb and Family! So many childhood memories of Keith Barb and the kids as they were my Neighbors for most of my life! Like having extended family living across the street, we all shared with one another some memorable times! Keith was so much fun, he was wise, funny, and most of all understanding! He was a great husband and dad to his own, but great friend to the Neighborhood folks and looked out for all us Neighborhood rugrats as well! Your Home with Jesus,Micheal and many more, your in great hands among the best company! God Speed Keith! Teresa and Todd Dunlop and Family
Comment Share
Share via:
P

Happy, fun , smiling are a few of the words that come to mind when I think of Uncle Keith. As a child I was always impressed by his ability to make us laugh. I also always wanted to grow up and learn to play cards so I could be included at the card table. He will be missed by all, but I belive he is with Michael and the rest of his family in heaven. Maybe he can even meet up with my Dad and attend a heavenly oyster dinner. Aunt Barb, Kristie, Holli and Matt you are all in my thoughts and prayers. When the world returns to normal I hope we can get together and toast Uncle Keith and a life well lived. All my love, Paula 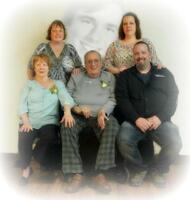 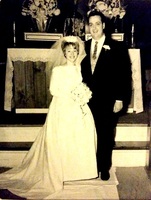 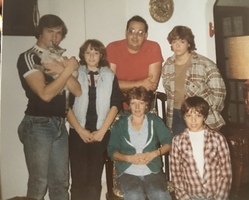